Showing posts from June, 2022
Show All

The Carmen's Hall - the City of London's Youngest Livery Hall 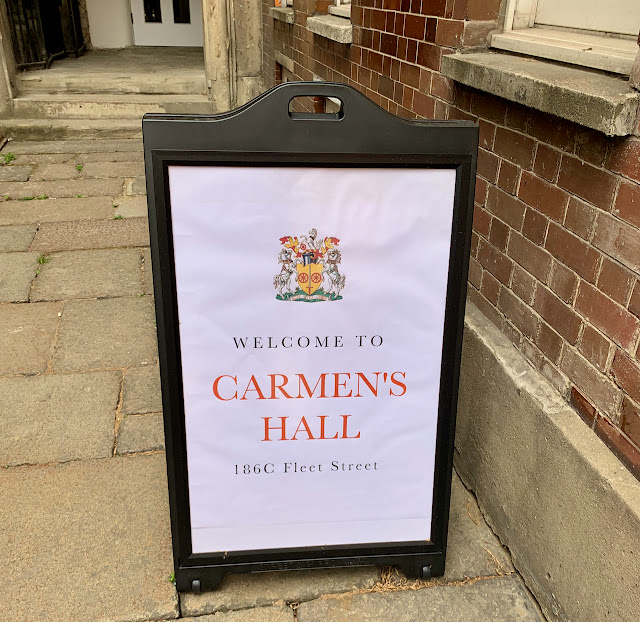 New livery halls in the City of London are a very rare thing, rarer in fact than new Livery Companies, and they do not come along too often. As of summer 2022 only 110 livery companies exist, the greatest number since the earliest company was formed before the Norman Conquest. So news of a new livery hall in the Square Mile is rather special, and the newest hall is that of the Worshipful Company of Carmen. I was delighted to be offered a sneak peak around the home and hall of the Carmen's Company in the summer of 2022 in advance of its official opening  by HRH The Princess Royal  next year. So come on in and let's explore a little of the history of the Company, the hall and the Carmen's Museum. Carmen's Hall is located on Fleet Street adjacent to St Dunstan in the West. Photograph © Paul D Jagger  The Carmen's Company past and present The Worshipful Company of Carmen received its Royal Charter in 1946, the 704th such charter since William I arrived on these shores,
Post a Comment
Read more
More posts