Showing posts from August, 2016
Show All

The City of London's Livery Companies and Conspiracy Theorists 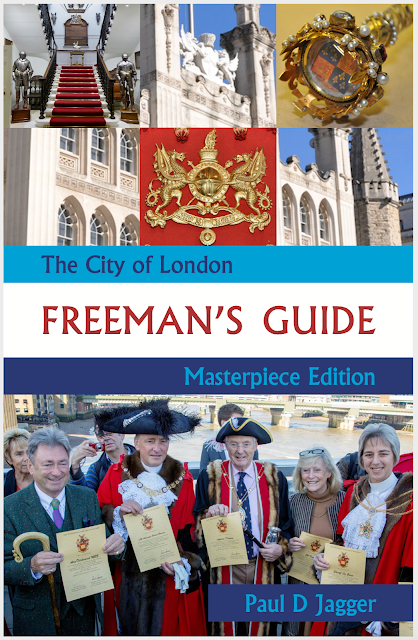 The City of London and it's Livery Companies have long been the target of all manner of far-fetched imaginings and conjured up outrages regarding their wealth, connections, influence and activities. Kings, Parliament and the press have all, at various times, taken an interest in their assets, powers or the perceived opaqueness of their inner workings. Such enquiries are now a matter of historical record, but fascination with the City and especially its Livery Companies continues in some of the stranger and more excitable corners of the web. Even the mainstream press has been known to venture into the realm of nonsensical assertions from time-to-time, such as this article in the Guardian which asserts the City is outside the control of parliament, worse still - the City exercises control over parliament - all utter bunkum and nonsense unworthy of professional journalism. What's the big secret about the City? The City of London is the most thoroughly studied, researched
Post a Comment
Read more On the 13th of July 2016 I was privileged to attend the City's annual Cart Marking ceremony as a guest of one of the Wardens of the Worshipful Company of Carmen. Although I had previously researched and written about the Cart Marking ceremony this was my first visit to see the event performed live. I headed into the City early in the morning and saw many of the vehicles due to participate in the ceremony lined up on Gresham Street and London Wall. It soon became obvious the ceremony would be quite a long affair as there were over 50 vehicles by my rough count. One thing that immediately stood out about all the vehicles, no matter their age or purpose, was the high standard to which they were maintained and presented. Clearly Cart Marking is a matter of pride for the vehicle owners and operators. Cart Marking is an early form of vehicle registration and was a necessity in the days when members of the Carmen's Company had designated 'stations' in the City from whi
Post a Comment
Read more

The Arms of the City of London in the 21st century

The coat of arms of the City of London The City of London is a place entirely at ease being both spectacularly ancient and ultra modern. It throws away nothing it finds to be useful while at the same time being at the vanguard of innovation in fields as diverse as government, law, finance, professional services, trade and education. This constant blending of the ancient and the modern makes the City a unique and special place with global standing and influence far greater than the sum of all its parts. The emerging fields of Fintech and Blockchains are today developing in a City that boasts the world's oldest system of local government and has at its head a Mayor elected by members of medieval and modern guilds. Where else could coats of arms and displays of heraldry sit so comfortably alongside chrome and glass in high-rise office blocks? Displays of heraldry are one of the most visible, and indeed omnipresent, ways in which the City embraces and celebrates the past i
Post a Comment
Read more
More posts