Showing posts from March, 2017
Show All

How many Livery Halls are there in the City of London? 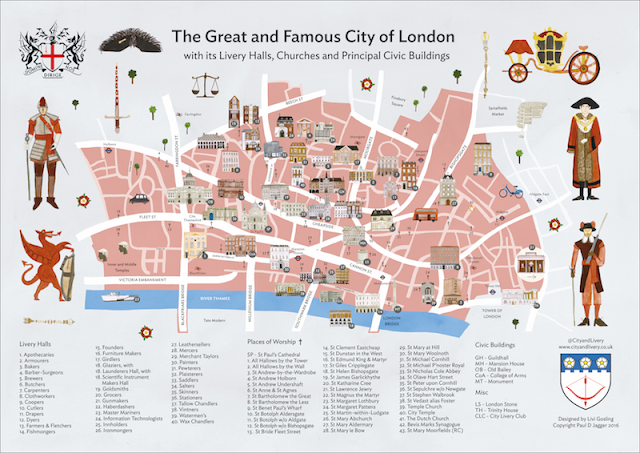 As with so much else in the City of London, a simple question such as ‘How many Livery Halls are there in the City?’ results in a very complex and confusing answer. This is what I have discovered about the relationship between Halls and Companies following nearly 5 years or research on the topic: How many Livery Halls are there in the City? Answer: 37, 38, 39 or 40 (it depends) The count is complicated by the location of three halls: HQS WELLINGTON is the home of the Honourable Company of Master Mariners and is their Livery Hall. Clearly it is not on terra firma but it does have one anchor inside the City limits. If you accept HQS WELLINGTON then we move on to.... Glaziers, Launderers and Scientific Instrument Makers Hall (one hall) is fully on the South side of London Bridge but has one wall against the bridge footings, which is considered ‘within the City’ as Bridge Ward was merged with Bridge Without Ward (Southern side). This precarious connection leads us to the third hall
Post a Comment
Read more
More posts